The Philadelphia Eagles come limping into their week 8 match-up. The Eagles have lost their last two games, and they have been outscored 65-30 in those two games. The Eagles head into week 8 needing a major victory, and a victory against the 5-1 Bills would be huge. Plenty rides on this game, and the Eagles can’t afford a loss on the road. Here’s what to watch for tomorrow: 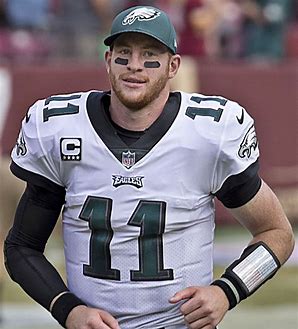 1 – Utilize strengths: The Eagles game plan has baffled me this season. On 3rd and 7, why are the Eagles running the ball – especially after the first two downs being rushes. The Eagles don’t embrace their weapons at times. While the Eagles have a prolific QB in Carson Wentz, the Eagles only threw the ball 26 times in their loss against the Cowboys. The Eagles need to establish an offense identity, and it needs to be immediate and effective.

2 – Secret spark: What will the Eagles use as motivation to propel them to victory? The Eagles need to do something different because their mantra so far this season hasn’t gotten it done. Something needs to change. I feel like that extra boost will come from a outside player. Could it be Mack Hollins, Jalen Mills, or Miles Sanders? Someone has to be that x-factor. Who will it be?

3 – Ertz… It Hurts: Zach Ertz had a monster season last year. This year, it has been greatly underwhelming. Ertz has just 35 catches for 404 yards and a touchdown on the season. I understand that Ertz has dealt with a great deal of double coverage, but the Eagles need to find a way to get him involved. Nelson Agholor, Alshon Jeffery, and the other Eagles’ receivers haven’t gotten the job done. If the passing game is to get back on track, it has to start with Ertz.

4 – Please stop someone: The Eagles defense has been bad, awful, poor, atrocious, and any other word that means not good. The Eagles’ secondary has to do something, or the season is over. Even if Wentz and the offense generates yardage, it is useless if the secondary can’t stop anyone. After being diced up for 7 straight weeks, the Eagles’ back-end needs to start clicking. If they don’t, this will be a very, very long game.